I should be a movie executive. I  anthropomorphized food long before Seth Rogen’s Sausage Party and Tunato is far more epic sounding than Sharknado. Imagine it folks, a sequel of Attack of the Killer Tomatoes, where the murderous tomatoes shred up some tuna with their giant teeth and smother people to death with it by spewing it out of their mouths. To death!!!

My writing is getting rusty. I am aware and I halfheartedly apologize.

Despite my bad writing, like Sharknado, Tunatos from The Italian Mama’s Kitchen should be an entertaining light snack for when you’re too lazy to make a meal of real subsistence.

Your first step will be to prepare the tomatoes. If you opted for large or medium sized tomatoes, slice off the tops, scoop out the insides, and discard the seeds. If you use cherry tomatoes, you could still do this, but I get the sense that stuffing a cherry tomato is a lot of effort with little pay off.

I recommend just slicing the cherry tomatoes in half if you opt for them.

All the tomatoes will need their tuna and the tuna will be mixed with onion, homemade mayo, and salt and pepper to your liking.

Homemade mayo will be homemade by you and  is simple to make. All you need to do so is listed below.

You can probably guess that all these items will be combined together to make the mayo and you would be correct. The only major notes I have are to add the egg yolk first, than slowly add the oil and other ingredients while whisking vigourously.

When you’ve whisked to your heart’s content, you may whisk some salt as well. Salt is always to your liking. I personally put as little salt as possible in my food but everyone is different.

As I mentioned before, this mayo mixture will be added to the tuna mixture. When both mixtures combine, you get Captain Planet! 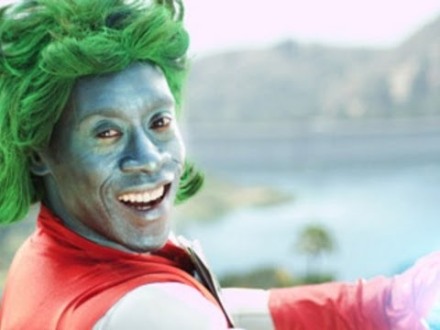 What you get instead is tuna stuffing for killer tomatoes. Killer as in tasty to eat.

Fill those tomatoes with the killer tuna and place the tomato tops on top. For cherry tomatoes, skip the filling step and combine everything together.

Not only will these killer tomatoes slay your tastebuds, but they are comfortable for consumption in a chill or relaxed room temperature state. 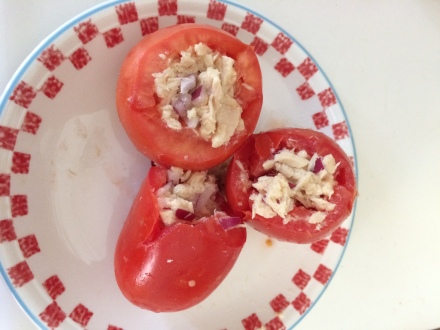 Not a hero, but a real tomato